Most of you are aware of the fact that I have a bike. It's a 20 year old Yamaha Route 66 and looks like this: 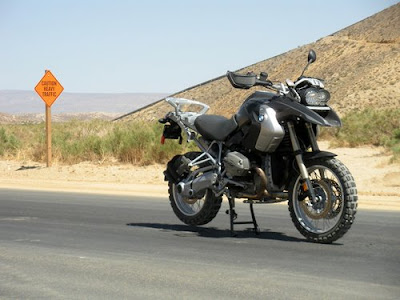 However, I saw my old favorite, the Suzuki S50, on the street last week in a gorgeous candy apple red. 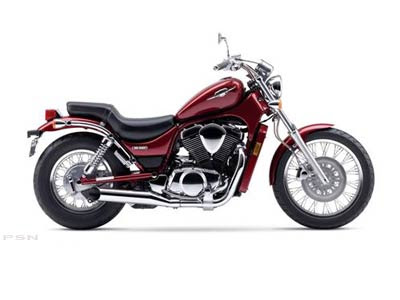 I was torn. I think both bikes are fabulous (the BMW's engine is probably a bit more fabulous than the Suzuki), so how to pick just one? In fact, when Janiece's SmartMan asked me if having a new job meant a new bike was imminent, I said "yes" but that I was undecided whether to go straight to the BMW or to get something midsized first. The Suzuki is about 800 cc, rather than the 1200 of the BMW. My current bike is 250 cc. I'd also like to have one bike that I don't have to feel nervous if I leave it in a parking lot all day unattended. So, with all that rationalization: I'll probably have two bikes. Simple! :D
Posted by Anne C. at 12:00 PM

I have to say that Suzuki is pretty sexy in candy apple red. It *might* be good to go to 800 before 1200cc so as to be able to get used to the weigt and handling. Then, of course, 2 bikes - the suzuki and the bmw :)

where would you keep 'em?

I'd figure something out. ;D