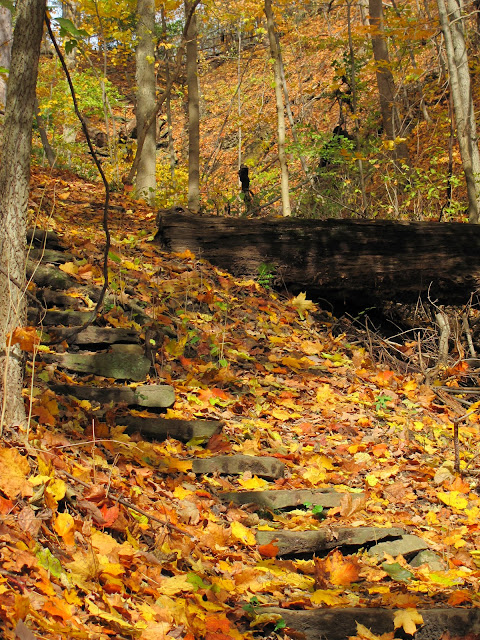 I am, for the moment, visiting friends back east.  This photo is from Morgantown, West Virginia.  I had forgotten and not forgotten how lovely the Appalachains are.  :)
So far, we've visited Blackwater Falls, Kentuck Knob, the WVU Arboretum, and tomorrow we're headed to the DC area to visit another friend.
I am taking lots of walks and having a great time. :D
Posted by Anne C. at 6:24 PM 1 comment: 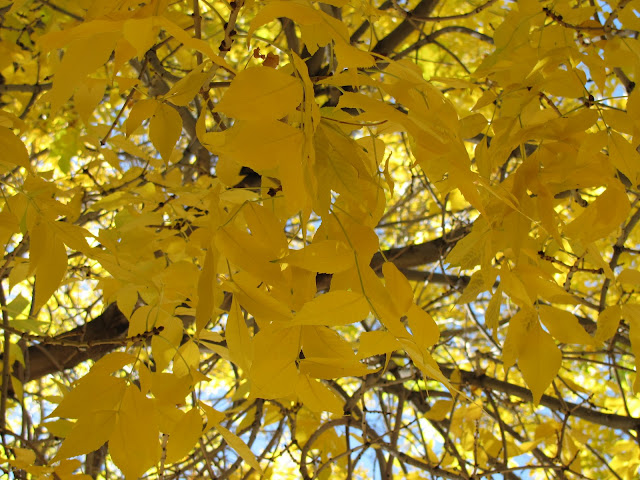 Weekend in an Afternoon

For the last three months, I've been working on a couple back to back projects with crazy schedules.  (Well, the second didn't have a crazy schedule until we had to put the start of intensive work on hold until the first one was finished.)  It's been intense and waaaay longer between breaks than is good for me, but the last crazy deadline is done and I have 4 weeks until the next one.

My immediate reward (besides the giant margarita immediately after finishing the deliverables for this morning's meeting over 16 hours before the meeting):  take the afternoon off.  I did some research shopping for a tape deck music converter, had my favorite salad at Il Vicino, paid my overdue library fines and got some more audiobook CDs (one of them is A Brief History of Time by Stephen Hawking, read by Michael Jackson -- if that turns out to be the famous singer, I'm returning it immediately; he may be a fabulous musician, but his voice is creepy!), drove home and caught up on some internet stuff, went for an hour long walk and tested my new smartphone's tracking abilitiy, sat outside with the cats, started the laundry, and wrote this blog post.  I'm going to try to go to bed early.  We'll see how that goes.

It's amazing how ONE afternoon can recharge your batteries!  :)

Additional: OK, in looking up the link for the late, great MJ, I listened to a few of his songs.  Boy do they take me back to the 80s.  I think I'm going to buy his Greatest Hits CD -- it's fun music, dammit!

Additional Additional: Dinner tonight was sauteed shrimp and green beans (frozen -- not as good as fresh, not as bad as canned).  Dessert was a Dark and Stormy (dark rum and ginger beer, YUM!)
Posted by Anne C. at 9:20 PM 3 comments: